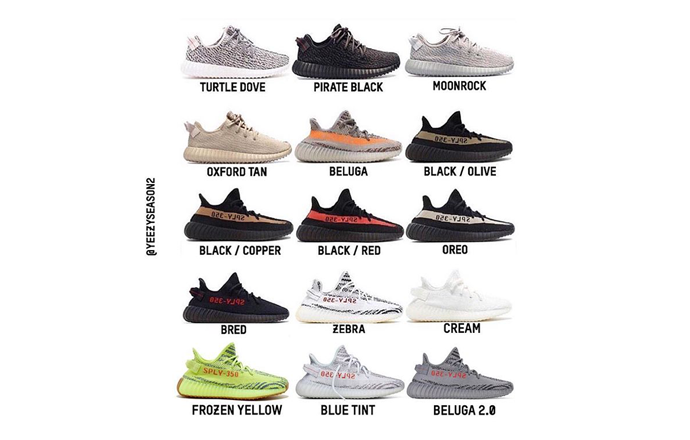 Arguably, the Yeezy Boost 350 is highly anticipated kicks from the Adidas, Kanye West collaboration. The hype commenced in 2015 with the Turtle Dove Yeezy, Moonrock and Oxford Tan colorways all launching in quick succession, followed by Pirate Black iteration 2016.
Revealed was the second generation Yeezy Boost 350 V2 later in 2016 by Adidas and Kanye West, specifically, Beluga arrived firstly in September, the joined by the Oreo, V2 Pirate Black, Bred, Cream White, Zebra, Blue Tint, Semi Frozen Yellow, and Beluga 2.0. It seems that there is no stopping Adidas.
With the Adidas signature Primeknit tech covering the upper, plus the standout Boost midsole, it’s no doubt that the revered Yeezy sneakers play a significant role in the sneaker market.