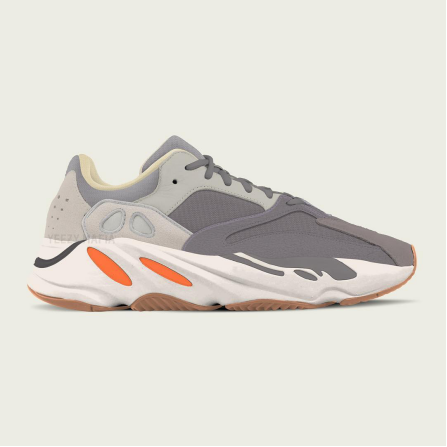 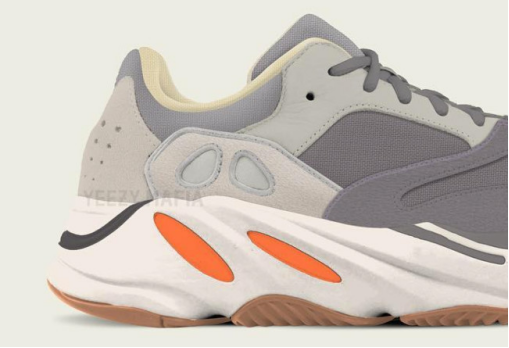 Under the operation of Kanye West, the Yeezy line has become one of the most favorable and sought after Adidas sneakers. No less than 20 Yeezy shoes have been released this year, but there are still a lot of new color schemes waiting for the right offer.
Recently, rumors had it that Adidas Yeezy 700 will arrive in another chunky dad shoe-“Magnet”, all-new colorway. The makeup features a dark grey toe cap, muted shade of grey collar, bright grey upper and beige lining, followed by a white midsole with orange accents encased by a gum outsole, inheriting the punch of the Original 700. In addition, a layered gradient color scheme brings a rich visual effect.
It is tentatively set to release, we’ll keep you updated as more details and images surface.