Firstly released in September of 2016, the Yeezy 350 line has gone viral with several colorways having released and restocked to date, particularly, Yeezy 350 V2 is the best-selling footwear model ever made for the premium quality and the novel eye-catching design. It boasts an elastic Primeknit upper and the most recognizable detail of BOOST ribbed midsole. 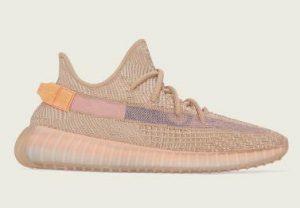 Release Date: March 30, 2019
Retail Price: $220
Colorway: CLAY/CLAY/CLAY
Style Code: EG7490
If you’re looking for a new sneaker with youth and vigor, then cop the Yeezy Boost 350 V2 Clay. It comes with a clay upper featuring a translucent side stripe, an orange accents tab on the heel, clay midsole, and clay sole. These Yeezy shoes boast all the detailing and tech that render them rather popular, from the two-toned Primeknit upper to the midsole embedded full of comfy Boost cushioning. These sneakers released in March 2019 and retailed for $220. 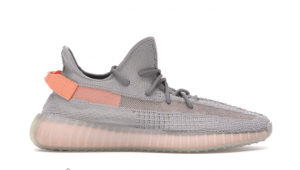 Release Date: March 16, 2019
Retail Price: $220
Colorway: GREY/GREY/GREY
Style Code: EG7492
Released apart from “Clay” and “Hyperspace” colorways, the Adidas Yeezy Boost 350 V2 also arrives in “True Form” iteration. “True Form” is in sneakerheads’ purchase list of 2019 Yeezy 350. Though being the same tones of gray and orange, “True Form” is bluer than “Clay”, and the matching color of the sole is smoother. It features a Grey-based two-toned upper with a translucent midfoot stripe, a bright orange heel tab and a new gradient fade on the midsole.