This year witnesses Yeezy’s dazzling kinds of new colorways. No less than 10 iterations of YEEZY BOOST have launched, including YEEZY Boost 350 V2, YEEZY Boost 700 and V2. While the Adidas YEEZY Boost 500 has been noticeably absent from the YEEZY line. 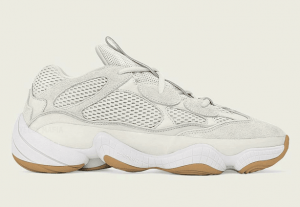 Recently, a set of shots of YEEZY 500 New colorway “Bone White” revealed, and the new makeup is due to roll out this August reported by the related. Reportedly, this model will be available in full family sizes in August for $200.

Rare gum material is utilized, outlining the unique outsole curve of YEEZY Boost 500, and an egg-shell white outsole contrasted sharply with the earth tone sole rendering it more exquisite. The YEEZY 500 series, though with the least colorway for sale, has a reasonable market price in the resale market. By the end of summer and the beginning of autumn, this pair may embrace its brilliance and honor. There is no specific release information available, but we will keep you updated as more details and images surface, you can stay tuned for further info. 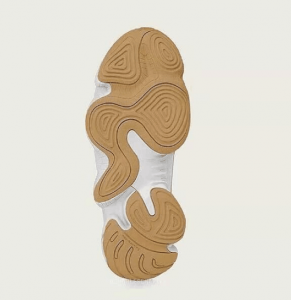