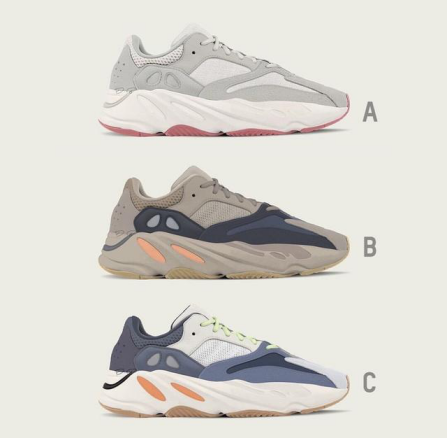 Recently, Yeezy has unveiled a number of new colorways in quick succession. Accordingly, some fans have complained that excessive exposure renders the sneaker more common and caused visual fatigue as well. Several days ago, three brand new Yeezy 700 colorways unveiled by Forbes’ interview. From the picture, one of the colorways consists of grey-white upper, white midsole and slight red outsole; The B pair is light brown meets navy blue plus earth tone outsole with orange accents. And the C pair dominates by navy blue and white with orange accents.
Unfortunately, the current release of the new Yeezy 700 colorways is still unknown. Stay tuned for further information regarding this launch and let us know if you plan on copping.
source: IG